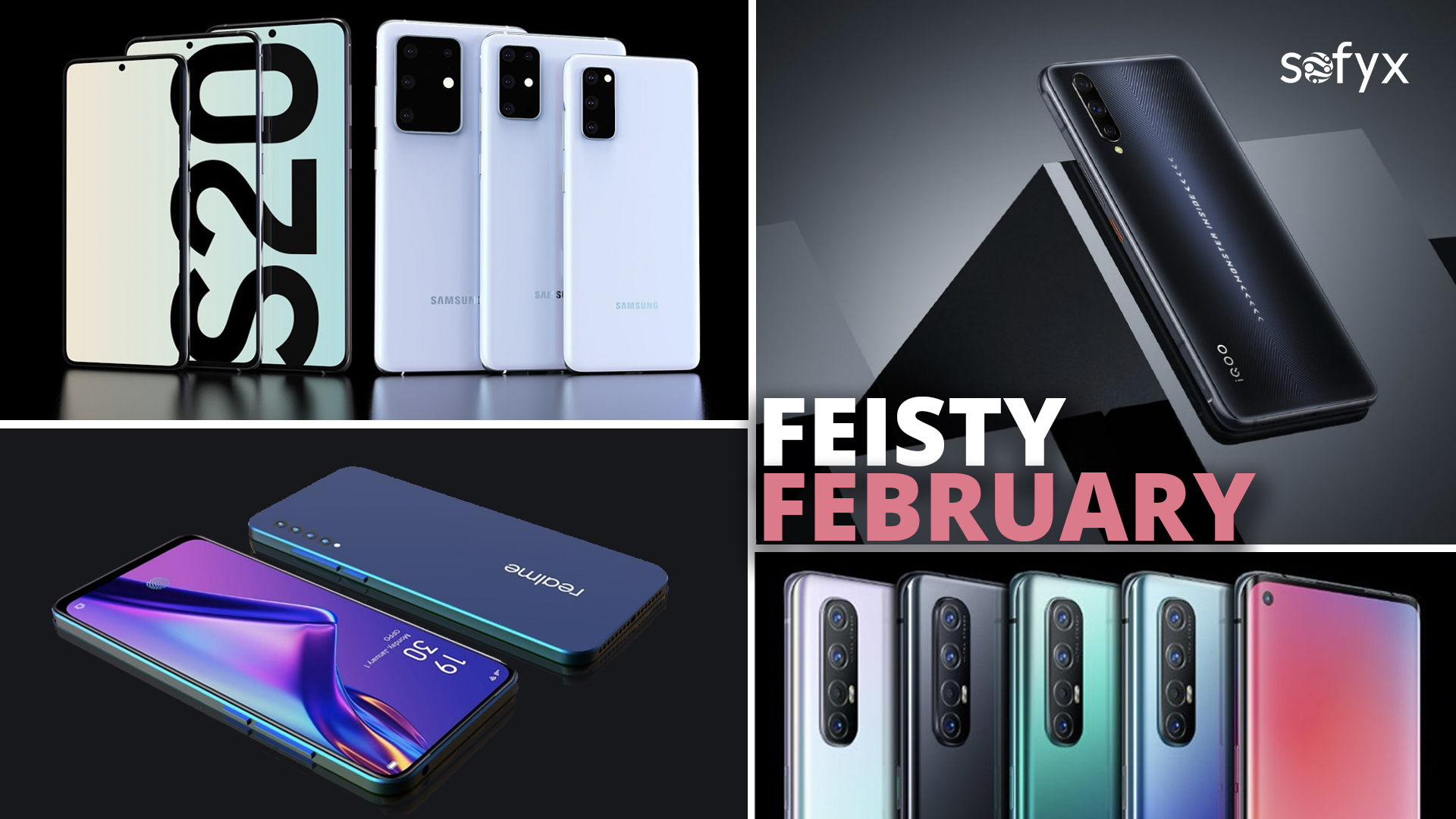 The year has just started, and smartphone companies are all set to take over each other with their innovations and marketing strategies. Let’s take a look at the phones which will make February fantastic.

This is going to be a big month for Samsung. Company is launching next of S series phones, S20, S20+ and S20 ULTRA. They’ll be launched on 11th Feb and will go on sale in first week of March in India.

After the success of A50 and A70 of A series, Samsung is planning to take over the mid-range phone segment of the market with A51 and A71. A51 is the first phone in this segment to have quad-camera setup.

Oppo Reno phones have performed well in the market so far. With its brilliantly designed camera setup with dual punch hole selfie camera, Oppo Reno 3 Pro is anticipated to make this series stay on the success track. It’ll get launched in mid-February.

Chinese smartphone company, IQOO is coming to India with the first 5G phone and the very first to have snapdragon 865 processor.

Realme 6 and 6 Pro
Realme, company which is slowly and steadily making its way to the top, is the next in our list. Realme is coming up with two smartphones in India- Realme 6 and Realme 6 Pro. With all the necessary features of a mid-ranger, phone will be tough on its competitors.

The hustle and bustle of the smartphone market had ceased after Diwali. But February seems like a promising month when companies will try to take over different segments of the market to show how they plan to make this year a success.