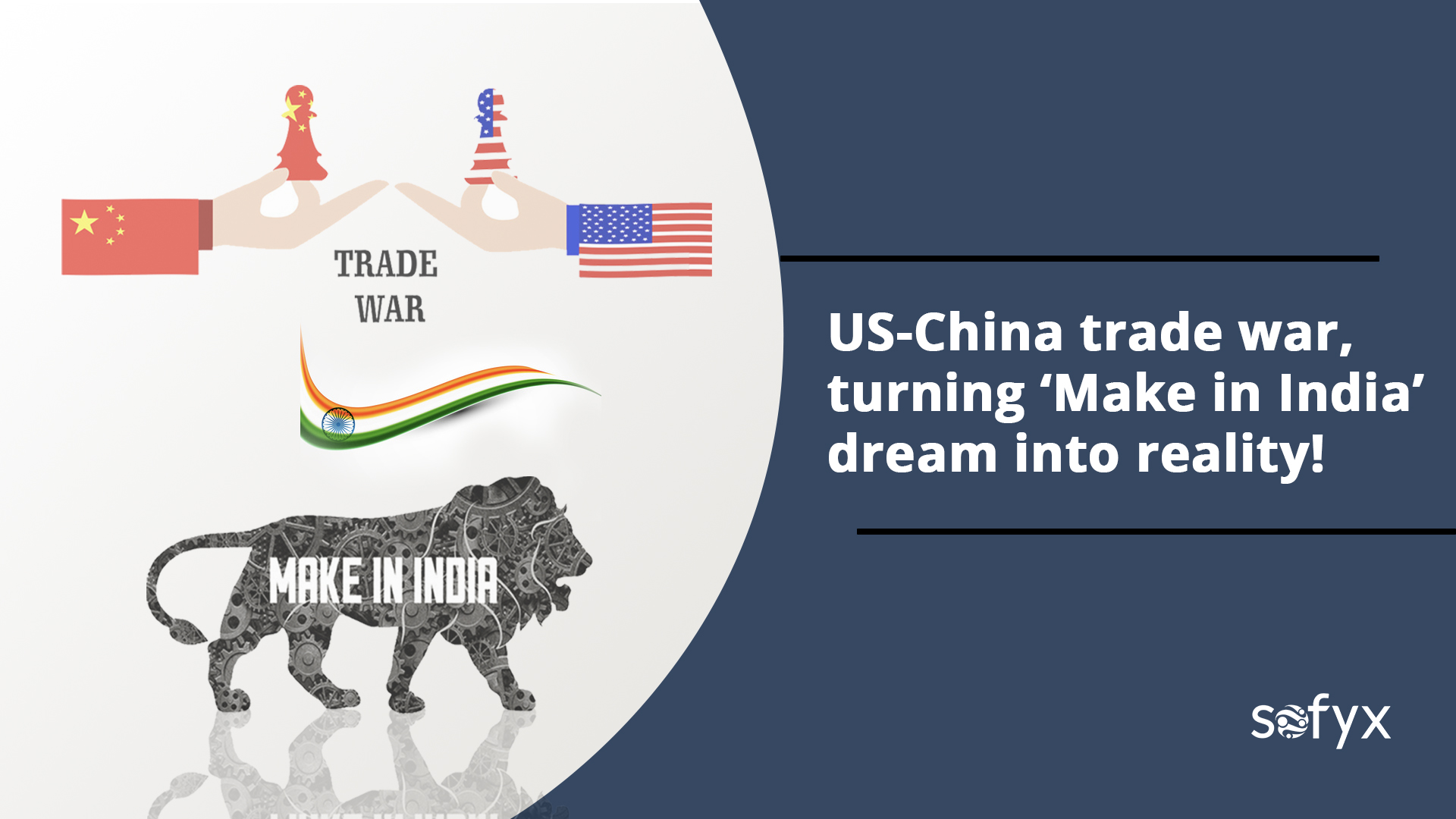 In 2018, US president, Donald Trump realized that US was having a trade deficit of whopping $600 billion with China alone. Trade deficit happens when import is more than the export which results in economic slowdown of the country. In March 2018, US announced an additional tariff on the export of aluminium and steel, which marked the beginning of a trade war between the world’s two biggest economies.

The war has led to a trade diversion effect which seems to have benefited countries like India which are not directly a part of it. According to a study by the UN trade and investment body, India has gained about $755 million from additional exports, mainly of chemicals, metals and ores to the US in first half of 2019 due to this effect.

When a tariff war is between world’s two largest economies, the repercussions are not limited to them alone.  An increase in tariff, in fact, affects other economies too and results in an economic slowdown globally. But an opportunity to become a hub of manufacturing in Asia is a blessing in disguise for India in this tug-of-tariff-war. As a matter of fact, it has already started when a three-decade-old factory of the world’s number one smartphone company, Samsung closed down in China and moved to India. Company took no time in setting up its world’s largest factory in Noida, Uttar Pradesh last year. India can soon expect to export 30% of the smartphones manufactured in the world.

Thankfully, India’s non-alignment stance during cold war has saved it from the counter effects of this war as compared to the other countries. But, in order to take maximum advantage of the opportunity government needs to accelerate its reform process so that companies think of India as an option to move their factories to from China. This can give India’s “Make in India” movement and the economy a hard push.